An Evaluation of the Impact of Microfinance on Poverty Alleviation: Evidence from Uganda

This paper aims to reveal the role of microfinance on poverty alleviation in Uganda. Using a probit regression model, a principal component analysis (PCA)and the analysis of variance technique, the impact of microfinance is evaluated using variables, such as gross income, loans, among others. The study is based on primary empirical data collected from 170 clients in 2017. The study revealed that access to microfinance loans had a positive impact on poverty reduction.The study concluded that, through the interplay of loan sizes, family employment, gross income and education, MFIs couldplay a significant role in poverty alleviation in Uganda. The study recommended that MFIs should provide non-financial assistance, such as facilitating business and management skills, and assist the poor, who would otherwise slide into further poverty, by including them in the financial stream in the country. risk. It further recommended that MFIs should provide low-interest loans to SMEs and that sensitization on borrowing should be introduced to increase the number of borrowers. Moreover, outreach programmes, low interest ratesand the promotion of saving be encouraged. Lastly, it recommended a reduction in bureaucratic tendencies in lending methodologies 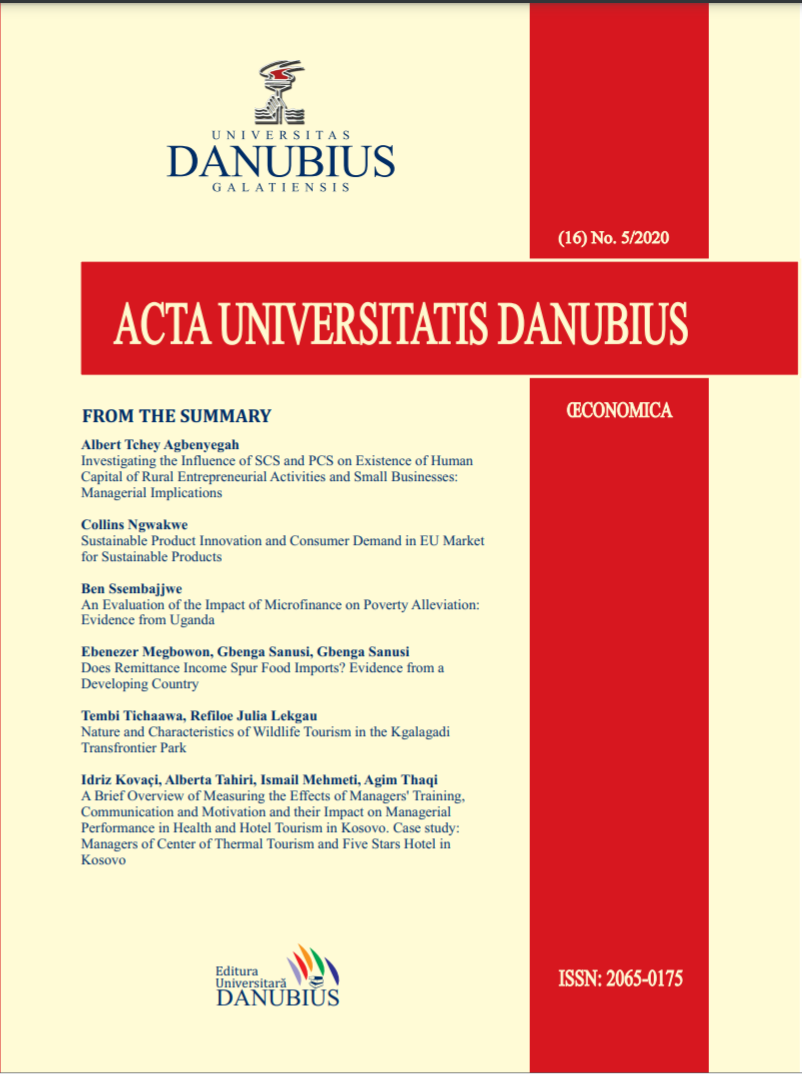